UK PREMIERE OF RARELY HEARD SPANISH OPERA TO BE PERFORMED
BY JETTE PARKER YOUNG ARTISTS
• Generously supported by Oak Foundation
• Part of Meet the Young Artists Week, 14–19 October 2013
In October, The Royal Opera will stage a new production of El gato con botas (Puss-in-Boots),
which will mark this opera’s UK premiere. This will be the first production staged by
Portuguese director Pedro Ribeiro since he left the Jette Parker Young Artists Programme in
July 2013. He will be assisted by new Jette Parker Young Artist stage director Greg Eldridge.
The cast includes a guest performance from Jette Parker Principal Korean bass Jihoon Kim,
who will sing the role of the Ogre. The role of the Princess is sung by Armenian soprano
Anush Hovhannisyan, Irish mezzo-soprano Rachel Kelly sings the role of the Cat, the
Miller is sung by Portuguese tenor Luis Gomes, Brazilian baritone Michel de Souza
performs the role of the King and British conductor Paul Wingfield conducts Southbank
Sinfonia for all performances.
Montsalvatge’s delightful zarzuela-inspired chamber opera is based on Charles Perrault’s
beloved fairytale, which tells the story of a cat with a weakness for handsome boots, who
determines to help his master become rich and famous. The designs for the production are
by British designer Simon Bejer, who drew inspiration from traditional Iberian toys and
puppets. He has also worked at other renowned venues including La Fenice, Venice; Teatro
Petruzzelli, Bari and La Scala, Milan and he is a founding member of the Third Hand, the
UK’s only dedicated puppet opera company. Nine marionettes, made and manipulated by
Portuguese puppet-makers Rui Rodrigues and Sara Henriques of Red Cloud Puppet
Theatre, will be a key feature of this production.
Director Pedro Ribeiro is delighted by the prospect of staging a new production of this
opera: ‘It’s great to immerse oneself in the trunk of old memories, finding fables and toys that
filled our childhood. El gato con botas has a terrific score and poetic libretto that will bring
back playfulness and fantasy to the stage.’
El gato con botas will be performed as part of a double bill alongside a concert performance of
Berio’s Folk Songs. Serbian soprano Dušica Bijelic will sing in English, Italian, Armenian,
French and Italian dialects, Azerbaijani and Russian with Italian conductor Michele Gamba
conducting Southbank Sinfonia. 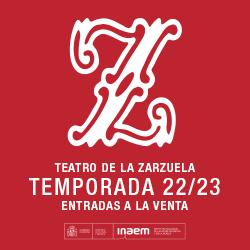