Renée Fleming has been named as winner of the 2008 Polar Music Prize. Her co-recipients are the British prog rock legends Pink Floyd.

According the citation, the American soprano was honoured “in recognition of her sublime unparalleled voice and unique stylistic versatility. Connoisseurs and the general public alike have been dazzled by the beauty of her soft and natural voice, which is equally supple in every register and exudes sensitivity in every tone. With apparent ease and brilliant command, she takes on the entire operatic repertoire, from Handel to principal parts in newly penned operas.”

Fleming and Pink Floyd will receive the prize – worth 1m Swedish Crowns (approximately £85,000) – from King Carl XVI Gustaf of Sweden at a televised ceremony on August 26. 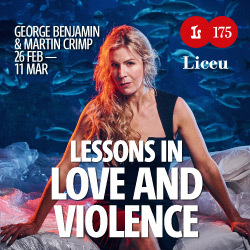