New yeuthful orchestra, with a harmonious eurovision for the Caucasus , to mark Sir Neville Marriner’s 70 years in music

15th June 2011: Poland ’s Adam Mickiewicz Institute has announced the launch of a new orchestra of young professionals from the eastern fringes of Europe fostering a new harmonious ‘eurovision’ for the region – the I, CULTURE Orchestra. Inspired by Barenboim’s West-Eastern Divan Orchestra, the I, CULTURE Orchestra brings together the most talented young instrumentalists from Poland, Belarus, Ukraine, Moldova, Georgia, Armenia and Azerbaijanselected by Artistic Director Pavel Kotla and an international panel. The I, CULTURE Orchestra has appointed the distinguished English maestro Sir Neville Marriner to be its Honorary Conductor in celebration of his 70 years of music-making which culminates in the orchestra’s tour across Europe .

Following its first residency in Gdansk , the I, CULTURE Orchestra will go on tour to leading music venues across Europe for its first international showcase. After an inaugural concert in Stockholm in September, the orchestra will tour initially to Kiev on 27th October and Berlin on 2nd November, followed by Brussels on 4th, London on 6th, Madrid 8th, finishing in Warsaw on 11th November. They will present a programme of Tchaikovsky, Prokofiev, Shostakovich and Szymanowski with soloists Peter Jablonski and Arabella Steinbacher.

Showing creative flair, Poland has chosen to celebrate its EU Presidency beyond its administrative role with an extensive cultural programme of 400 events in 10 capital cities across the globe, led by the Adam Mickiewicz Institute in Warsaw. The I, CULTURE Orchestra is its flagship project which seeks to forge a stronger partnership with Europe ’s eastern neighbours from former Eastern Bloc countries.

Pavel Kotla assembled leading orchestral professionals from the LSO, Philharmonia, CBSO, Met and Opera de Lyon to join the selection panel. They travelled across the region to visit conservatoires in every country and through a highly competitive auditioning process, selected the best candidates aged between 18 and 30. The Orchestra’s first residency will be this summer in Gdansk from 30th July to 22th August with Pavel Kotla and Sir Neville Marriner, with tutors providing further guidance and tuition to the highest standards.

This unique combination of countries and cultures, from the European Union (EU) to the countries of Asia and the East, gives the orchestra an exceptional spirit with a spice of exoticism. In forming this new visionary divan, I, CULTUREOrchestra is celebrating the first generation of young people born in the post-Soviet era and whose countries are progressing following a turbulent transition to democracy, a period of political and military unrest.

In 2009, the EU created the Eastern Partnership to foster greater political and economic stability, and to forge closer ties with Belarus , Ukraine , Moldova , Georgia , Armenia and Azerbaijan . With its location at the heart of Europe, Poland has a long history connecting East and West and the Eastern Partnership recognises the strong influence of both East and West on European cultural identity. Significantly last year, Poland was the only country in Europe with positive economic growth.

The I, CULTURE Orchestra’s mission is to emphasise the richness and diversity of Eastern Europe and its neighbours, finding common links and language to encourage inclusivity across a richly diverse region. It integrates individual talent in a cultural collaboration to promote artistic excellence. The opportunity to work together will encourage teamwork and a broader outlook among the orchestral members to further their artistic and professional development.

The partnership of Kotla and Marriner, who have worked together over the past decade, marries youth and dynamism with the unparalleled experience of creating new orchestras of the highest calibre. Marriner founded the world-famousAcademy of St Martin in the Fields in 1959, an orchestra which remains one of the most recorded ensembles of all time, famed especially for their award-winning soundtrack for the film Amadeus which sold more than a million copies. Since moving to London a decade ago, Polish conductor Pavel Kotla has been at the forefront of London ’s contemporary music scene, spearheading the LSO’s innovative Discovery series of new commissions.

For the I, CULTURE Orchestra’s tour, Kotla and Marriner have devised two programmes of Slavic music paying homage to Eastern traditions. The first combines Prokofiev’s Scythian Suite, based on the ballet about nomadic tribes from the Steppes, with Polish composer Szymanowski’s neoclassical Symphonie concertante and Tchaikovsky’s epic Symphony No. 4. The second programme continues the Polish theme with Szymanowski’s popular Violin Concerto No. 1, Tchaikovsky’s tone poem Voyevoda after a poem by the Polish writer Adam Mickiewicz and finishes with Shostakovich’s mighty Symphony No. 5, a testament of a defiant spirit in the face of Soviet oppression. For the London concert on 6th November, Marriner and Kotla will both take to the conductor’s podium.

I, CULTURE’s forthcoming tour will be a fitting celebration in Berlin , London and Madrid of Sir Neville Marriner’s enterprising spirit and dedication to music. 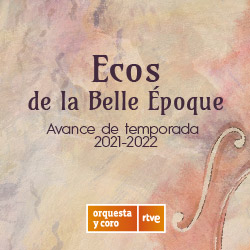 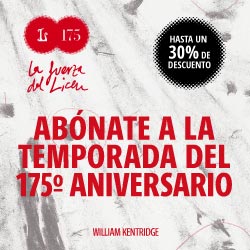 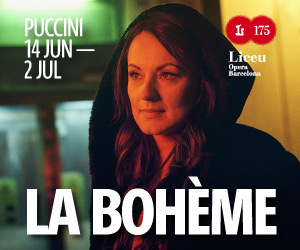