Thomas Adès Conducts the Met Premiere of His

Robert Lepage directs a new staging of the

English-language opera, based on Shakespeare’s play

Simon Keenlyside stars as Prospero, the role he created in the opera’s

New York, NY (October 17, 2012) – Thomas Adès will conduct the Metropolitan Opera premiere of his opera The Tempest in a series of performances beginning October 23. Robert Lepage directs a new production of the critically heralded English-language opera, with a libretto by Meredith Oakes based on Shakespeare’s play. Simon Keenlyside stars as Prospero, with Audrey Luna in the stratospheric coloratura role of Ariel; Isabel Leonard as Prospero’s daughter Miranda; Iestyn Davies as the jester Trinculo; Alek Shrader in his Met debut as the shipwrecked nobleman Ferdinand; Alan Oke as the gentle-hearted monster Caliban; William Burden as the King of Naples; and Toby Spence as Prospero’s usurper brother, Antonio.

In Lepage’s production, Prospero, a 19th-century impresario and the exiled Duke of Milan, has recreated the La Scala opera house on his island as a magical box for his sorcery. The design team comprises four distinguished artists in their Met debuts: set designer Jasmine Catudal, costume designer Kym Barrett, lighting designer Michel Beaulieu, and video image artist David Leclerc. The Saturday, November 10 matinee performance of The Tempest will be transmitted worldwide as part of the Met’s Live in HD series, which is now seen in more than 1,900 movie theaters in 64 countries around the world.

Thomas Adès is one of the leading composers in the world of contemporary classical music. The English artist’s works are regularly performed at the world’s leading opera houses, festivals, and symphonies. His first opera, Powder Her Face, has been staged all over the world and recorded for CD and DVD. Adès conducted the world premiere of The Tempest at the Royal Opera House, Covent Garden, in 2004. Multiple productions in Europe and North America, including the 2006 American premiere at the Santa Fe Opera, have been met with overwhelming critical acclaim. Adès’s music has earned widespread recognition and numerous awards, including the prestigious Grawemeyer Award—of which he is the youngest-ever recipient. The Tempest is the first Adès opera to be staged at the Met, and the composer makes his Met debut as conductor of the work.

Robert Lepage has directed two previous productions at the Met, Berlioz’s La Damnation de Faust in 2008 and, across the 2010-11 and 2011-12 seasons, a new production of Wagner’s four-part epic Der Ring des Nibelungen, which returns to the Met this spring. His staging of The Tempest, a co-production of the Metropolitan Opera, L’Opéra de Quebec, and the Wiener Staatsoper, Vienna, premiered at the Quebec Opera Festival in July 2012. The multi-disciplinary artist has directed numerous acclaimed productions of Shakespeare’s Tempest, in both French and English.

Meredith Oakes’s plays include The Neighbour, The Editing Process, Faith, Scenes from the Back of Beyond, Mind the Gap, Man for Hire, and Shadowmouth. Her works have been produced in numerous high-profile venues, including London’s Royal National Theater and Royal Court Theatre.

Simon Keenlyside sang the role of Prospero in the 2004 world premiere of The Tempest at the Royal Opera House, Covent Garden. At the Met, he has sung Belcore in Donizetti’s L’Elisir d’Amore, Olivier in Strauss’s Capriccio, Marcello in Puccini’s La Bohème, Papageno in Mozart’s Die Zauberflöte, Count Almaviva in Mozart’s Le Nozze di Figaro, and, in 2010, two roles in new production premieres: the title character in Thomas’s Hamlet and Rodrigo in Verdi’s Don Carlo, both seen Live in HD. In addition to Hamlet and Prospero, his repertory also includes the title role in Verdi’s Macbeth, which he sang to acclaim at the Royal Opera last season. Audrey Luna sang Ariel in the Quebec Opera Festival premiere of Lepage’s staging of The Tempest. She made her Met debut as the Queen of the Night in The Magic Flute in 2010 and returned in 2011 as Najade in Strauss’s Ariadne auf Naxos. She has sung the Queen of the Night at Santa Fe Opera and Lyric Opera of Chicago, and recently appeared as Chian Ch’ing in John Adams’s Nixon in China at the Lyric Opera of Kansas City. Later this season, she sings Zerbinetta with Fort Worth Opera.

Isabel Leonard sings three roles at the Met this season: Miranda in The Tempest; Rosina in a new, abridged English-language staging of The Barber of Seville; and Blanche de la Force in a revival of Poulenc’s Dialogues des Carmélites. In recent seasons, she has sung numerous Mozart roles at the Met, including Così fan tutte’s Dorabella, Le Nozze di Figaro’s Cherubino, and Don Giovanni’s Zerlina, as well as Stéphano in Gounod’s Roméo et Juliette, the role of her debut.

Iestyn Davies made an acclaimed Met debut last season as Unulfo in Handel’s Rodelinda. The English countertenor’s recent performances include Eustazio in Handel’s Rinaldo at the Lyric Opera of Chicago, Oberon in Britten’s A Midsummer Night’s Dream at English National Opera, and the Voice of Apollo in Britten’s Death in Venice at La Scala.

Alek Shrader’s win in the 2007 National Council Auditions was documented in Susan Froemke’s film The Audition. He makes his Met debut as Ferdinand and returns in December to sing the role of Count Almaviva opposite Isabel Leonard in the new abridged, English-language production of The Barber of Seville.

Alan Oke made his Met debut as M.K. Gandhi in Philip Glass’s Satyagraha. His diverse Met repertory also includes Tchekalinsky in Tchaikovsky’s The Queen of Spades, Monostatos in The Magic Flute, the Four Servants in the 2009 new production premiere of Offenbach’s Les Contes d’Hoffmann, and, last season, Vitek in Janáček’s The Makropulos Case.

William Burden last appeared at the Met as Gilbert Griffiths in the world premiere of Tobias Picker’s An American Tragedy. Met audiences have also heard him as Pelléas in Debussy’s Pelléas et Mélisande, Tybalt in Roméo et Juliette, and Janek in the Met premiere of The Makropulos Case.

Toby Spence sang the role of Ferdinand in The Tempest’s world premiere and now sings Antonio. He made his Met debut in the 2010 new production premiere of Hamlet, where he sang Laërte opposite Keenlyside as the title character.

Jasmine Catudal has designed sets for more than 50 plays in her native Quebec, most frequently at Montreal’s Théâtre Espace Libre, l’Espace Go, the Théâtre d’Aujourd’hui and Théâtre de la Licorne. Kym Barrett is an Australian costume designer whose film work includes The Matrix trilogy and the upcoming film adaptation of David Mitchell’s popular novel Cloud Atlas. Michel Beaulieu, one of Canada’s best-known lighting designers, has worked with many leading French Canadian directors, including Lorraine Pintal, Olivier Reichenbach, René-Richard Cyr, and Serge Denoncourt. David Leclerc has collaborated frequently with Lepage, designing videos for a 2011 production of Shakespeare’s The Tempest in Wendake, Quebec, and for The Andersen Project, a Hans Christian Andersen adaptation that has been performed around the world.

The Tempest Live in HD and on the Radio

The Tempest at Le Poisson Rouge, and Other Related Events

On Friday, October 26, at 6:30 p.m. and 9:30 p.m., Le Poisson Rouge will host “An Evening with Thomas Adès & The Tempest.” Adès has curated an evening of music inspired by Shakespeare’s play, including his opera and other composer’s adaptations of The Tempest. Met stars Audrey Luna, Kate Lindsey, Iestyn Davies, and Simon Keenlyside will be joined by chamber musicians—and Adès on piano—to perform works by Adès, Ives, Purcell, Stravinsky, and Tippett, some in new arrangements by Adès. For more information, please visit www.lepoissonrouge.com.

A variety of events at other New York City venues have taken place in conjunction with the Met premiere of The Tempest.

On Wednesday, October 10 at 7 p.m., Thomas Adès and Audrey Luna appeared at “An Evening with the Metropolitan Opera” at WQXR’s Greene Space. Adès discussed the work and Luna performed Ariel’s aria at the event, which also featured numerous Met stars from other fall 2012 productions. For more information, or to view a video of the event, please visit www.thegreenespace.org.

On Tuesday, October 16, Full of Noises, a book that compiles conversations between Adès and music critic Tom Service, was released by Farrar, Straus and Giroux. The book is available at the Met Opera Shop and numerous other booksellers. 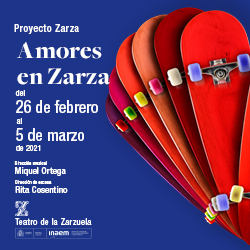