James Levine conducts, kicking off his 40th anniversary season at the Met

Robert Lepage’s new production stars Bryn Terfel in his first appearance as Wotan in the U.S.

Opening Night to be transmitted live to Times Square and on

the new season of The Met: Live in HD

New York, NY (September 3, 2010) – A groundbreaking new production of Wagner’s Das Rheingold, the first installment in the composer’s epic four-part cycle Der Ring des Nibelungen conducted by James Levine and directed by Robert Lepage, opens the Metropolitan Opera’s 2010-11 season on Monday, September 27 at 6:45 p.m. The new production, which relies on a complex set that utilizes advanced technology, is the most challenging staging the Met has ever produced. Bryn Terfel brings his much-anticipated portrayal of Wotan, lord of the gods, to the U.S. for the first time, and Stephanie Blythe makes her Met role debut as his wife, Fricka. Eric Owens adds a new role to his Met repertory as the evil Alberich, and Gerhard Siegel is Mime. The cast also includes Wendy Bryn Harmer as Freia, Patricia Bardon as Erda, Adam Diegel in his Met debut as Froh, and brothers Richard Croft and Dwayne Croft as Loge and Donner, respectively. It is the first time the brothers have sung together on the Met stage. The giants Fasolt and Fafner are portrayed by Franz-Josef Selig and Hans-Peter König, and Lisette Oropesa, Jennifer Johnson, and Tamara Mumford are the Rhinemaidens. Richard Paul Fink sings the role of Alberich on March 30.

Lepage’s production team consists of set designer Carl Fillion, costume designer François St-Aubin, and lighting designer Étienne Boucher, the latter two in their Met debuts. The video images are by Boris Firquet, and the interactive projections are by the Quebec-based company Réalisations.inc.

Robert Lepage, one of the world’s most creative directors of opera and theater, made his Met debut in 2008 with La Damnation de Faust. He and his production team bring cutting-edge technology and visionary imagination to Wagner’s great music drama based on Norse mythology. “The Ring is about change,” Lepage said. “I try to be extremely respectful of Wagner’s storytelling, but in a very modern context. We’re trying to see how in our day and age we can tell this classic story in the most complete way.”

The unique set features 24 moving fiberglass-covered aluminum planks that rotate on a mobile steel axis suspended between two large elevator towers. Along with the set’s extraordinary flexibility, projections are used to create the many different scenes and special effects of the four Ring operas. Interactive video projections are cued by live sound and movement. “It was important that we create a set machine that would have versatility, but at the same time feel very organic,” commented Lepage.

The cycle’s second installment, Die Walküre, opens later this season on April 22, and the Met will present the complete Der Ring des Nibelungen in the 2011-12 season. Das Rheingold is produced in collaboration with Ex Machina and is a generous gift of Ann Ziff and the Ziff family, in memory of William Ziff.

The 2010-11 season marks James Levine’s 40th at the Met. The Met’s music director has conducted nearly 2,500 performances with the company, more than anyone in the company’s 127-year history. In addition to the opening night Das Rheingold, Levine conducts the Ring’s second installment, Die Walküre, in a new production opening April 22. He also leads performances of Don Pasquale, Il Trovatore, Simon Boccanegra, and Wozzeck this season. The Met is honoring Levine’s milestone anniversary with the release of two commemorative CD and DVD boxed sets of the music director’s performances, nearly all of which have not been previously available. The collections, which will be available through the Met’s website and in the Met Opera Shop beginning September 21, span Levine’s unparalleled career at the Met, and include 11 complete operas in DVD, 11 complete operas on CD, as well as highlights from historic concerts.

In keeping with a tradition begun on Opening Night in 2006, this year’s Das Rheingold premiere will be transmitted live to numerous large screens in Times Square and on Lincoln Center ’s Josie Robertson Plaza . Attendance is free at both locations. Tickets are required for admission to the Lincoln Center plazacast, and information on ticket distribution will be released at a later date. The Times Square relay of the Opening Night Gala does not require a ticket. Approximately 2,000 seats will be available for the public on a first-come first-served basis, with additional standing room provided. In Times Square , a number of giant screens, including the News Corporation–Sony Times Square screen, the Reuters/Nasdaq screen, and the MTV screen will carry the live performance.

Das Rheingold Live in HD and on the Radio

Das Rheingold kicks off the fifth anniversary season of The Met: Live in HD when it is transmitted live to movie theaters around the world on October 9. Deborah Voigt, who later in the season sings her first Met Brünnhilde in the new production of Die Walküre, hosts the transmission of Das Rheingold. Last season, the groundbreaking Live in HD series reached an audience of more than 2.4 million people. The transmission is made possible through funding from Bloomberg L.P. with additional leadership support from the Metropolitan Opera Guild.

The April 2 matinee at 1:00 p.m. will be broadcast live over the Toll Brothers-Metropolitan Opera International Radio Network.

On September 22 at 6 pm, the Met will present the first in a series of new production panel discussions entitled Met Talks. Together with the artists and production team of Das Rheingold, the event will feature director Robert Lepage and will provide an opportunity to learn more about the making of this new production. All production panels will be held at the Metropolitan Opera House. Tickets will be made available through the Met Guild at $20 for the general public, $15 for Met Subscribers, $10 for Guild Members and Young Associates. Met Talks are free to all Met Patrons. To purchase tickets, call 212-769-7028 or visit www.metguild.org/lectures. Patrons call 212-870-4502 to reserve tickets to Met Talks.

Portraits from the Ring at the Met, an exhibit in Founder’s Hall in the Met lobby, features extraordinary photographs of celebrated artists who participated in Met Ring cycles, from the first the North American premiere in 1889 to more recent times. All the photos in the exhibition, which were selected from the Met’s vast collection and curated by Judith Goldman with the Met Archives, are displayed against walls papered with set designs from 1914.

Agnes Varis, a managing director of the Met’s Board of Directors, sponsors the Met’s season-opening outdoor campaign for the fifth consecutive year. The campaign launches September 7, and will blanket buses, phone kiosks, subway stations, and other locations with images of Bryn Terfel in costume for Das Rheingold, photographed by Brigitte Lacombe.

For more information, including bios of the performers and production team, and general information about the Met season, go to the Met’s website at www.metopera.org/pressinfo 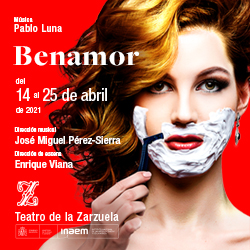