New York, NY (December 29, 2010) – Sondra Radvanovsky will make her Metropolitan Opera role debut as the passionate title character of Puccini’s Tosca on January 10. While Radvanovsky is known for excelling in some of the most difficult roles in the soprano repertoire—including Elvira in Ernani, Elena in I Vespri Siciliani, Donna Anna in Don Giovanni, and her acclaimed interpretation of Leonora in Il Trovatore, which she will reprise for a Live in HD transmission later this season—Floria Tosca is the first major Puccini heroine she has sung at the Met.
Tosca, which will be conducted by Marco Armiliato in his first Met performances of this work, also stars Marcelo Álvarez as the painter Cavaradossi, Falk Struckmann as the lecherous Scarpia, and Paul Plishka as the Sacristan. Álvarez sang Cavaradossi in the 2009 new production premiere and Live in HD transmission of Tosca. Struckmann, whose past roles at the Met include Wozzeck and Don Pizarro in Fidelio, will make his house role debut as Scarpia. Luc Bondy returns to direct this cast in his production.
On March 25, Violeta Urmana will make her house debut as Tosca, opposite Salvatore Licitra’s Cavaradossi, James Morris’s Scarpia, and Plishka’s Sacristan. Urmana has previously sung the role to great success at other major houses, including a run of performances at Los Angeles Opera. Licitra returns to the role of Cavaradossi, in which he made his Met debut (in 2002, replacing an ailing Luciano Pavarotti) and last performed in the house in 2005. Scarpia is a touchstone role for Morris, who has sung it more than seventy times at the Met since his house role debut in 1991.
Bondy’s production features set design by Richard Peduzzi, costume design by Milena Canonero, and lighting design by Max Keller.

Live Broadcasts Around the World
Tosca will be experienced by millions of people around the world this season on the radio and on the internet, through distribution platforms the Met has established with various media partners.
The January 10 opening performance will be broadcast live on Metropolitan Opera Radio on SIRIUS channel 78 and XM channel 79, as will the January 29 and March 31 performances.
The January 10 performance will also be available via internet streaming at the Met’s web site www.metopera.org. The January 29 matinee will be broadcast live over the Toll Brothers-Metropolitan Opera International Radio Network. 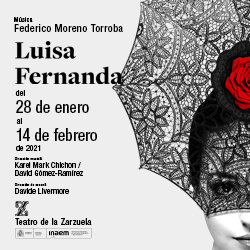 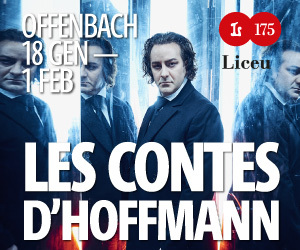